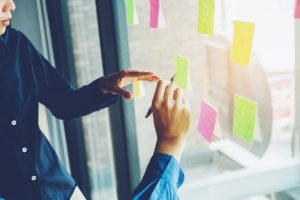 Defining exactly who qualifies as a philanthropist is a complicated business. Essentially, the term refers to somebody who actively seeks to help those in need, most commonly through generous donations to charities and other worthy causes. But does the scale of generosity determine who is or isn’t a philanthropist? Or can anyone who occasionally drops change into a collection box put a claim on the title?

To qualify as a true philanthropist, the amount and regularity of giving is probably of some significance. At the top end of the scale, billionaire couple Bill and Melinda Gates work to reduce poverty and improve healthcare internationally through their charitable foundation. But what if philanthropy were measured in terms of self-sacrifice? Could some coins in a charity pot, or a small monthly donation offered by somebody with little of their own to spare, be called philanthropy?

Between the two extremes of billionaires’ charities and the public’s spare change exist a broad spectrum of philanthropists supporting a multitude of charitable concerns. To assist philanthropists in reaching those in need, community foundations have sprung up in some UK counties. For example, the work of the Essex Community Foundation involves “identifying common interests and developing strategies designed to bring philanthropists closer to the work of recipients.”

Those hoping to emulate the altruism of history’s famous philanthropic families, including Rowntree, Rathbone and Cadbury, should carefully plan their acts of kindness and take financial advice on the effect their benevolence could have on their wealth. For example, philanthropists might be able to benefit from tax advantages (subject to current HMRC rules) such as Gift Aid on taxpayers’ donations or Inheritance Tax rate cuts, which could reduce your IHT liability from 40% to 36% if you leave at least 10% of your estate to charity.