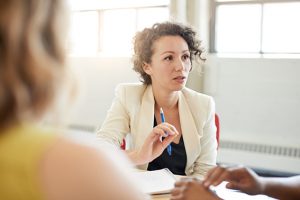 The latest ‘Women and Retirement’ report1 reveals an increasing proportion of women are prepared for retirement. Unsurprisingly, it also shows that the historic gender pay gap translates into a gender pension savings gap.

The number of women contributing to a pension has risen by 15% in the last 15 years, with the proportion considered to be saving enough for retirement at 57%. In addition, the average level of savings amongst women has increased over that period.

These days, addressing the gender pay gap is a priority for employers, but its legacy means men are still saving far more in pensions than their female counterparts. Indeed, at the point of retirement, men typically benefit from an additional £78,000 in their pension pots, equivalent to 2.5 times the average UK household disposable income.

According to Scottish Widows, several groups of women remain under-prepared for retirement, reflecting the extra financial pressures they face. Female lower and middle earners are amongst the least prepared. Additionally, over a third of women entrepreneurs were found to be saving nothing for retirement.

Given that women typically earn less than men, a larger proportion of their income will inevitably be directed towards essentials such as property or childcare costs.

The increasing number of women who are now saving adequately for pensions is encouraging, but the proportion with little or no pension provision remains high. If you’re concerned about your retirement prospects, then get in touch with us. It’s never too late to get your retirement plans on track.

The value of investments and income from them may go down. You may not get back the original amount invested. A pension is a long-term investment. The fund value may fluctuate and can go down. Your eventual income may depend on the size of the fund at retirement, future interest rates and tax legislation